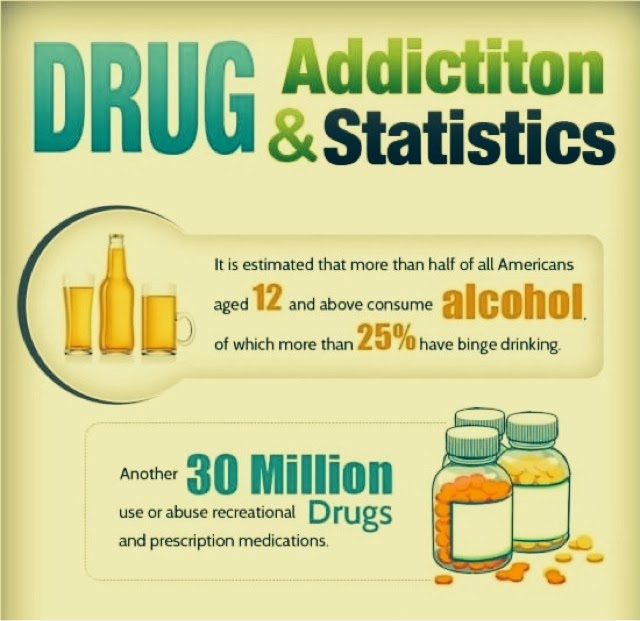 There has been a dramatic increase in the identification of substance abuse and mental health disorders.  This is not to say that there has not always been a direct relationship between the two, now-a-days, the statistics are better 'kept' as hospitals, treatment facilities and jails/prisons populations continue to rise.

Among the people with a mental disorder, the odds ratio of having some addictive disorder was 2.7, with a lifetime prevalence of about 29% (including overlapping from 22% with alcohol and 15% with other drug disorder). 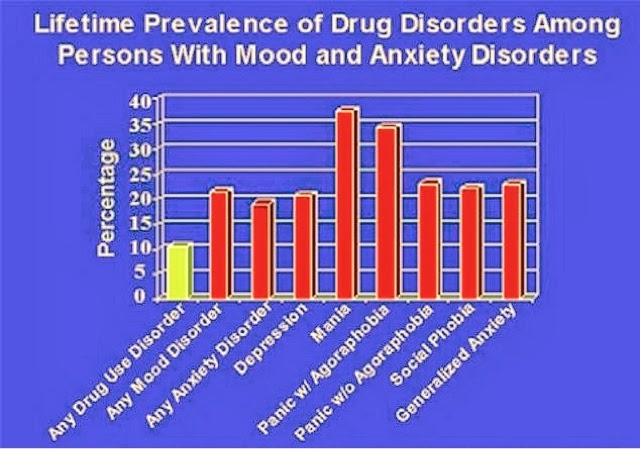 The largest populations that exist in prison are those with a co-morbid disorders and an addictive disorder.  Currently, our country in spending billions of dollars in reacting to an epidemic that has always existed in our society.  If society and government agencies were to view addictive disorders as a disease, in which it is viewed that way in the medical community, monies would be spent on preemptive measures to decrease spending.
Posted by Unknown at 9:33:00 PM