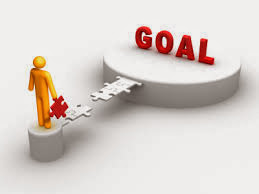 Addiction is a life-threatening, medically diagnosed disease and if not properly treated, will result in death.

Having a direct, specific goal and objectives for the intervention will be the guiding light of the process. Setting up a goal or having a common goal among the intervention team is more than wanting someone to be sober or not use anymore.  Having the want for someone to be sober or to not use substances or other vice's anymore is a given and the goal and objectives need to be more specific to the addict and their current situation.

Setting a goal for an addiction intervention is not a difficult concept and should not be a piece of the process that takes to long.  The selection of team members, intervention environment, letter to the addiction, not the addict, from the previous posts will probably be more time consuming then setting a common goal. 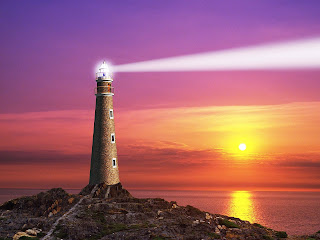 "To Believe in Something and Not to Live it,
is Dishonest"
- Mahatma Gandhi

1. Brainstorm with All Addiction Team Members

Group Guidelines - Before the brainstorming activity starts, it is important to set up a social contract / guidelines with the group. I highly recommend a social contract because this empowers addiction intervention team members to suggest and agree in how the group should interact and treat each other during this gathering and all of the future meetings that will be held.

The Social Contract will consist of positive terminology such as such as: listen when others are talking, look at the person who is talking, put electronic devices away during activity, speak with a calm voice, etc. Write positive statements on the piece of paper instead of negative statements such as: do not interrupt, no put downs, no yelling, etc.  When someone suggests something to add to the contract, most should agree to the idea, but if someone wants to alter the words, take that into consideration. After you are done creating the social contract, everyone in the group will sign the paper and it will continue to hang on the easel or wall. Signing the social contract represents the signing of a contract that everyone will abide by and can be enforced by any team member. 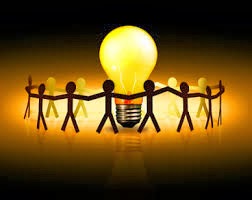 Brainstorm - Use the other large sheet of paper to brainstorm different ideas for a goal of the addiction intervention. I recommend drawing a large circle on the the top of of the paper and leaving the bottom half blank. Write down key words or short phrases people say in the circle and remember to stay positive. This is the time to write words of emotion, facts and to call a 'spade-a-spade'.

Think beyond "I want _______ to get sober" and other statements similar to this as it is obvious that is a part of the bigger picture. Think of the big-picture: name the addiction, names of the drugs the addict is using, how they are physically addicted to it, the things the addict may be doing such as lying, stealing, cheating, not being a present mind in the family, not being physically present at home, etc.

There were many years of my alcoholism that I thought everything was just fine because I was at home and around my wife and kids.  I was there physically, but mentally and emotionally, I was almost incompetent as my addiction became progressively worse.

Key words to bring up during this brainstorming activity are: Treatment, Treatment Center, Addiction, Alcoholism, Drug Addiction, Mental Health, Physical Health (hypertension, loss of teeth, nose bleeds), criminal activity. Most prisons are full of people that committed crimes while they were under the influence of some type of substance and/or have a mental health disorder.

Create and Generalize Goal - Create a positive goal using the words or phrases listed in the circle. Write the goal with the addiction, person and behavior you want in mind. Some addiction intervention groups create goals that have a negative connotation and result in the addict 'shutting-down' and making that 'wall' he/she has already built even stronger. Remove "I" from your vocabulary when writing the goal because this is about the addict not the addiction intervention group. You want to stay away from things like "I want you to...."  as a common goal. You may use the word "We" instead and this will reflect the group as a whole or "All of us here today". Example: "All of us are here today to discuss with you the pain and hurt your alcohol addiction is causing us everyday, we all miss you being a part of our lives and you need to get professional help today".  Keep an emotional piece tied in for the addict to attach to and know why they are there.

Make sure that everyone agrees with the common goal that is written down.  This doesn't necessarily have to be said out-loud in the intervention, but it is a good tool to think of in those terms so you are all on the same page about why you are there. Generalizing is the part in making sure everyone understands what the goal is and can share with each other what it means to them. 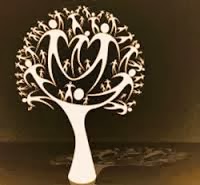 Going through this process is also significant tool to begin the healing process for families of the addict.  The addict has most likely caused pain, hurt, chaos in everyone's life.  The severity may be different and the perceptions of how hurt members were by the addict will be slightly different, but everyone is in the room for one reason:
The ADDICT and to FOCUS on the SOLUTION and NOT the PROBLEM.