The Negative Stigma of Mental Illness 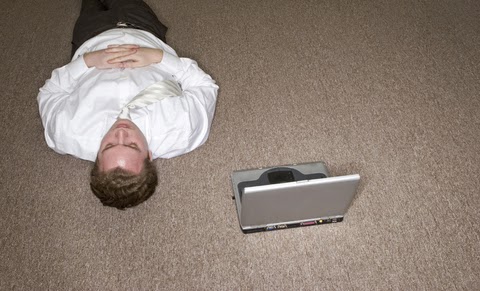 In recent news, Robin Williams has passed away from an apparent suicide. People all over the world jumped on the media bandwagon and began reporting this tragic event. Some of those reporters did not take into consideration Mr. Williams legacy, the fact that he was a human-being, father and a husband first, before being a legendary actor.

This link shows the despicable and disrespectful rant by Mr. Shep Smith from Fox News about Mr. Robin Williams, his apparent taking of his own life and his struggles with addiction and bipolar disorder.  Shep Smith's Disrespectful Comments about Robin Williams for being a Coward

According to Susan Schneinder, Mr. William's wife, "Robin was Sober" at the time of his suicide, but was in the beginning stages of battling Parkinson's disease.


Mental Illnesses are covered under the American Disabilities Act and people that use their positions in the media to deliver their own agenda should receive similar consequences as a person would for calling someone with a physical disability a coward.

The National Alliance of Mental Illness States:
NAMI condemns all acts of stigma and discrimination directed against persons with mental illnesses, whether by intent, ignorance, or insensitivity.  Epithets, nicknames, jokes, advertisements, and slurs that refer to persons with serious mental illnesses in a stigmatizing way are cruel.  NAMI considers acts of stigma to be discrimination.

NAMI believes, in accordance with current scientific evidence, that persons who are receiving appropriate treatment and services for a mental illness are no more violent than the population at large.  NAMI deplores the portrayal in literature, films, and television of persons with serious mental illnesses as being prone to violence.  These frequent depictions are hurtful stereotypes.  The truth is that persons with serious mental illnesses are more often the victims of violence.

NAMI especially deplores the exploitation of people with mental illnesses by journalists, advertisers, advertising agencies, the entertainment industry, and others for commercial gain or other advantage.

Stigma and resulting discrimination can be an especially prevalent challenge in the military services, the National Guard and Reserves. Some mental illnesses do occur in the context of traumatic exposures to war.  Mental illnesses must not be allowed to stigmatize and limit opportunities for continued military service and advancement.
National Alliance of Mental Illness

As a special education teacher of 13 years and a man living a successful life with addiction and bipolar disorder, I take serious offense to Mr. Shep Smiths heartless comment and the negative stigma of mental illness must be reduced before effective treatment can reach the thousands of people it needs to.
Posted by Unknown at 3:53:00 PM