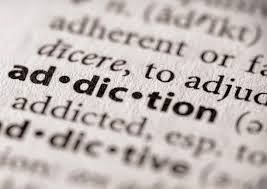 Addiction Can be Hidden

Oftentimes the word addiction isn't written on someone's forehead. You may possibly be able to see signs of addiction from one's physical appearance, but there are a lot of addicts and alcoholics that go unnoticed.


Take me for example. I'm a 35 year old teacher and coach. I teach at a middle class high school am a husband, father of four and lead a pretty 'normal' life as it app rears. What the majority do not know, is I'm a recovering alcoholic with bipolar disorder. Four years ago, I made the best decision of my life and that was to get clean again and stop living in the mouth of addiction. When I went away for thirty-two days, not one person knew I was going off to treatment, unless my wife told them. I thought I was walking the walk and talking the talk, but the only person I was fooling was myself.

For someone to be addicted to alcohol or drugs, they can still appear to be living a normal life on the outside, but there is pure hell on the inside.

There are many ways to start to identify if someone has an addiction disorder and here are a few of them I know to be true:

1) Trembling of the Hands: Someone who's hands are trembling or shaking for no apparent reason can often be a sign of withdrawal. An alcoholic may start to go through withdrawals the next morning after a binge night of drinking.
2) Hiding Alcohol and/or How Much was Consumed: I was notorious for getting home and changing out the case of beer and hiding the remaining cans so it looked like I was still drinking out of the same case. TIP: Make a hidden identifiable mark on the case or bottle that you only know about and see if it's still there the next day. If someone is consuming large amounts, it will likely not be there.
3) Withdrawn: Is the person withdrawn from family activities or even going to work? A lot of times, alcoholics will stick to a routine of drinking at a certain time of day or will not participate in many outings that do not have alcohol there. They may lie and make excuses about other things that they have to do. Most likely, they are doing things where they can have a cold beverage.
4) Change of Appetite: Is the person eating less and losing weight? In my heights of being an active alcoholic, I had lost nearly 40 pounds because I was drinking more than eating.
5) High Blood Pressure

Those are five of the many areas I could go into to help identify an alcoholic. The identification of someone with an addiction disorder is complex and the person should be professionally evaluated.

Learn more about addiction from the resources below.